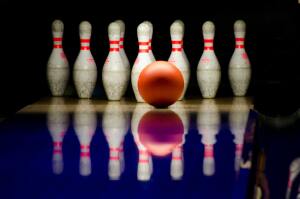 Willie Mae Mayo of Silver Spring, Maryland passed away December 30, 2021 at the age of 92. She leaves behind a myriad of precious memories that will forever be cherished by her loving family and friends. The youngest of fifteen children, Willie Mae was born February 15, 1929 in Enfield, N. C. to her parents, the late Benjamin Sutton and Lucy Grady Sutton. She eventually outlived all of her siblings which included Cecil, Leslie, Jasper, Benjamin, Julie Mae, Arnold, Eileen, Lucille, Robert, Samuel, Lucy, Lillie Mae, Alonzo, and an unnamed brother who was stillborn. Her parents were hard working sharecroppers and Willie Mae spent a significant part of her childhood working on their farm in addition to attending classes in the Edgecombe County, N.C. public school system.

On January 29, 1948, she married North Carolina native, Frank Weldon Mayo. The young couple eventually migrated to Washington, D.C. where they proudly welcomed the birth of their twin sons, Clarence and Clinton and later their daughter, Doris. After a subsequent separation, Willie Mae would later meet Arnold Diggs, the father of her two sons, Arnold Jr. and Gregory.

Willie Mae worked as a server at the Uline Arena Cafeteria and as a presser at Tolman’s Laundry before embarking on her twenty year tenure at the D.C. Department of Corrections. Her steadfast dedication and her impeccable work ethic allowed her to make the remarkable career transition from cafeteria worker to D.C. Department of Corrections Youth Counselor. Counseling the male and female inmates at the Cedar Knoll Youth Detention Center in Laurel, Maryland was one of the most rewarding and the most challenging chapters of her professional career. Her strong but also nurturing mentoring style made a positive impact on the lives of the youth she counseled and she found that aspect of her job extremely gratifying.

Anyone who truly knew Willie Mae also knew she was very loving, caring, and always willing to help those she loved and countless others in need. However, she was also a very feisty, strong-willed woman who had no problem standing up for herself and for her convictions. Her feisty personality also contributed to her success at one of her favorite pastimes – Ten Pin Bowling. Her bold bravado and impressive athletic skills helped her to garner numerous trophies and awards at several prestigious Ten Pin Bowling tournaments across the Washington Metropolitan area. She was also a die-hard fan of The Washington Football Team. She found much joy and excitement watching their games and collecting their memorabilia. Occasionally, she even enjoyed a friendly game of poker and she absolutely loved eating Maryland Blue Crabs sprinkled with Old Bay Seasoning.

Willie Mae was a member of the Beulah Baptist Church in Northeast Washington, DC where she was baptized and professed Jesus Christ as her Lord and Savior. In addition to her children, she is survived by her beloved grandchildren, Abeni, Aleeta, Andrena, Angel, Arnold III, Brian, Craig, Franklin, Jason, Jelani, Kenny, Tauanja, and Yolanda.

Now that she has made her transition, Willie Mae is gloriously reunited with her beloved grandson Damon Diggs (Boobie) whom she helped to raise during his infancy. She is also survived by several great grandchildren, nieces, nephews, and her daughters-in-law, Gloria, Rhonda, and Bernadette. She often expressed her heartfelt love for her niece, Minnie Bell, who lived with her for a season and also for Minnie’s husband, Charlie Bell Jr., and their sons, Dwight and Charles.

Although North Carolina, Washington, D.C., and Maryland were the only places she called home here in this earthly realm, there is much comfort in knowing that she is now back home and at rest with her Heavenly Father.

To send flowers to the family or plant a tree in memory of Willie Mae Mayo, please visit our floral store.