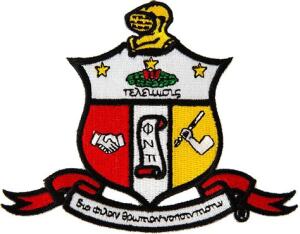 On September 12, 2022, God called his faithful servant, Warren Pyles III from labor to reward.  He tenderly said unto Warren, “Well done, thou good and faithful servant: thou hast been faithful over a few things, I will make you ruler over many things:  enter thou into the joy of thy Lord.” (Matthew 25:23).

On August 15, 1953, Warren Pyles III was born to the late Warren Pyles Jr. and Jeanne Stowers in Detroit, Michigan.  He was the oldest of five children, with three brothers and one sister.  Warren was preceded in death by his two brothers, John Reece Pyles and William Michael Pyles.  During his early childhood, his father nicknamed him “Speedy” because he would always get very excited when the Speedy Alka Seltzer commercial was on the television. This nickname remained with him throughout his life, and he was affectionately called “Speedy” by his family, friends, and fraternity brothers. Warren had three loves –God, family and friends, and Kappa Alpha Psi Fraternity, Inc.

Warren’s mother, Jeanne, passed when he was 16 years old. Following the death of his mother, his grandmother, Pearlie Sanders raised Warren and his siblings. He adored his grandmother and credits her and his grandfathers, Reverends J.R. Sanders and J.S. Sanders, for his spiritual foundation.  Both grandfathers were pastors, and he was baptized at Mount Calvary Church where his grandfather served as the pastor.  His relationship with God deepened as the years progressed.

Warren’s life in Canton, Ohio was filled with a loving family, close friends and good times that included playing basketball, having apple fights, and later shopping for custom made clothes.  He developed a special bond with several friends, and they have remained lifetime friends.  He enjoyed dancing and would frequently imitate the moves of James Brown, which he used to win several talent competitions. It has been said that he could perform James Brown’s moves better than James Brown.  Warren once had an opportunity to dance with James Brown and he held his own on the stage. Years later, Warren would repeat the James Brown dance moves during a McKinley High School Class Reunion. Warren loved his family and friends.

Following his graduation at McKinley High School, Warren attended Ohio State University and received a degree in Bachelor of Business Administration.  While attending Ohio State University, he served as a page in the Ohio General Assembly where he was among the first groups of African Americans serving as pages.  Warren found his second love at Ohio State which was Kappa Alpha Psi Fraternity, Inc.  His line was called the “Mean 16” and he became a member of the fraternity on May 16, 1972.  As a dedicated member of Kappa Alpha Psi Fraternity, he was active in the fraternity and served as Vice President.  More recently, he was the Executive Consultant and Co-Sponsor of the Celebration of Zeta Chapter’s 100 Year Anniversary.  Also, Warren was the Executive Co-Producer of the Zulus 50th Anniversary.  He continued to mentor members of the Zeta Chapter of Kappa Alpha Psi Fraternity, Inc.  Warren was so proud when he reached the milestone of 50 years of membership in the fraternity.  When his white jacket arrived, he put it on and strutted around the house with a broad smile on his face.

While attending Ohio State University, he met his wife, Cheryl Bailey.  Their friendship quickly developed into love and on August 6, 1983, they were married.  To this union two children were born, Warren Pyles IV and Monica Pyles.  His family was one of the loves of Warren’s life.  Warren enjoyed spending time with his family and watching his children grow and develop into adults.  Much of his free time was spent with his children as they participated in their numerous academic, athletic, and artistic activities.   He was there for his family during the good times as well as the challenging times.  Every opportunity provided, he would talk about his wife and children.  Cheryl and Warren shared 50 years of friendship and love and 39 years of marriage.

For over 25 years, Warren worked at Verizon, Inc., first as a sales representative and later as a director.  A highlight of his career was when he was selected for a detail in Bruce Gordan’s office while Bruce was President of Group Consumer and Small Business Services.  It was an honor for Warren to learn from an accomplished man he admired so much.  While working at Verizon, Warren was a member of Developmental Roundtable for Upward Mobility (Drum), an organization committed to the professional development and upward mobility for men of color, and he chaired the Dr. Martin Luther King Jr. Commemorative Celebration.  He was the recipient of the Presidents Circle Award and the Drum Martin Luther King Achievement Award.  Warren obtained his Master of Business Administration from John Hopkins University and an Executive MBA from Wharton School of Business during his employment at Verizon. He later served as Vice President of New Business Development for Unity CMS.

Inspired by the work of his grandmother and grandfathers in the church, he found a church home at Shiloh Baptist Church and quickly began serving the Lord when he became a member.  Warren loved the Lord and Shiloh Baptist Church.  He served as the Circle Leader of Fellowship Circle, Co-Chaired the Pastors Anniversary Committee, served on the Baptism Committee, and was the Deacon Co-Leader of Progressive-Shiloh Circle. One of his proudest moments at Shiloh Baptist Church was when he became an Ordained Deacon.  He wore this badge of honor and service proudly and continued to do God’s work.  Warren served on the Communications Ministry for years and was named Co-Chair of the Communications Ministry.  Throughout the pandemic, Warren came to church even when the doors were closed to the public to ensure that members and visitors could attend church services virtually.  There was no task that was too small or large for him.  You could find him moving or purchasing equipment, preparing presentations, hosting Zoom meetings or presenting audio-visual priorities to church leaders.

Warren’s commitment to service expanded into the community.  He served on the Board of Directors of Hospice Care in Washington, DC.  More recently, as a way to give back to the community he grew up in, Warren along with several former athletes and hometown friends who attended McKinley High School, formed the Canton Outside of Canton organization.  Warren would emerge as a leader of this group due to his expert leadership and organizational skills. In two years, they have provided food for over 3,000 families.

Warren’s legacy will live on in the lives he touched, the persons impacted by his service, and the many loving memories shared by his family and friends.  He will be missed by his wife Dr. Cheryl Bailey, son Warren Pyles IV, daughter Monica Pyles, sister Sandra Marie Pyles, brother Raymond Julius Pyles, nieces, nephews, cousins, and many friends.

To send flowers to the family or plant a tree in memory of Warren C. Pyles III, please visit our floral store.

A Memorial Tree was planted for Warren

Join in honoring their life - plant a memorial tree