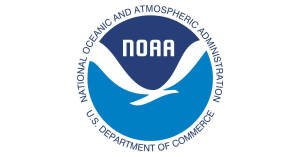 On Sunday, October 4, 2020, God opened His arms and welcomed home one of his many angels, Rolland Dewitt Gant.

Rolland was born on August 19, 1957, in Washington D.C. to the late Walter and Mary Gant. He was educated in his younger years in the Washington, DC area. His family later settled in Montgomery County, Maryland and he graduated from Richard Montgomery High School.

Rolland began his career with the Federal Government on October 11, 1977, as a custodian at the Rockville campus and worked his way up to the mailroom. He knew he wanted to do more with NOAA and moved to a position with photogrammetry. Rolland’s next position was with the Marine Chart Division’s Notice to Mariners group under Norman Banks, which evolved into him working with the Source Data Section. Following his work with Jim Graham on Special Projects, Rolland began his time with the NDB. While in NDB, he worked with the National Marine Fisheries Service to process fisherman’s contingency fund claims. Rolland played a huge role within NDB in tackling the necessary tasks to keep the branch and division on pace. He was active with Blacks in Government, the Combined Federal Campaign, and as a floor monitor. Rolland worked with eight admirals, 12 captains, and one commander at the helm of Coast Survey. Rolland crossed paths with many people throughout his career and around the Silver Spring campus. On November 29, 2019, after 43 years of service, Rolland officially retired from his position as cartographic technician at Marine Chart Division’s Nautical Data Branch (NDB).

He accepted Jesus Christ as his Lord and Savior at a young age. He was a very caring and hardworking committed individual. He enjoyed traveling, photography, and fishing and was a passionate caregiver for his mother and brother before their demise.

To send flowers to the family or plant a tree in memory of Rolland D. Gant, please visit our floral store.