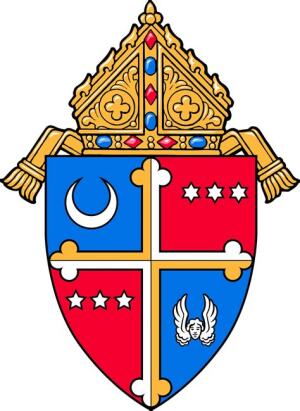 Reverend Monsignor Godfrey T. Mosley, 67, of Washington, DC passed away at Capital Caring Hospice at Providence Hospital, Washington, DC. Monsignor Mosley was ordained on May 19, 1979 at the Cathedral of Saint Matthew the Apostle, Washington, DC, after studying for the priesthood at Mount Saint Mary's Seminary, Emmitsburg, Maryland from 1975-1979. Prior to this, he attended Mackin High School in Washington, DC before continuing his studies at the University of Scranton, Scranton, Pennsylvania.

Monsignor Mosley held numerous assignments as a priest. He served as a Parochial Vicar at Saint Margaret of Scotland Parish, Seat Pleasant, Maryland and then at Holy Spirit Parish, Forestville, Maryland. Monsignor Mosley also served as Assistant in the Liturgy Office and as Secretary to the Archbishop of the Archdiocese of Washington before pursuing postgraduate studies in Canon Law at the University of Saint Thomas Aquinas in Rome. Other assignments included serving as Parochial Administrator, pro-tem, at Saint James Parish, Mount Rainier, Maryland and Holy Redeemer Parish, Kensington, Maryland. Monsignor Mosley has also served as the Assistant Chancellor, the Secretary for Parish Life and Worship, the Master of Ceremonies and the Director of the Office of Worship for the Archdiocese of Washington. In 1993, he became Pastor of Saint Columba Parish, Oxon Hill, Maryland, followed by his appointment in 2001 as Vicar General of the Archdiocese of Washington. In 2005, Monsignor Mosley was named Pastor of Saint Ann Parish, Washington, DC, and in 2016, Pastor of Epiphany Parish, Washington, DC, where he remained until he entered hospice care.

Monsignor Mosley was preceded in death by his parents, Hermitt and Thelma Mosley, two brothers, Hermitt Jr. and Steven. He is survived by four sisters, Ramel Gibson, Roxanne Mosley, Adrian Byrd, and Beverly Walker (Renard); two sisters-in-law, Marguerite Mosley and Michelle Mosley, and a host of nieces, nephews and other loving relatives and friends.

In lieu of flowers the family requests donations be made to Catholic Charities Archdiocese of Washington, DC, 924 G. Street, NW, Washington, DC 20001.

To send flowers to the family or plant a tree in memory of Godfrey T. Mosley, please visit our floral store.