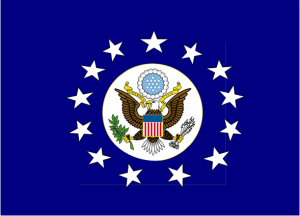 Ambassador Edward J. Perkins passed away November 7, 2020, after a short illness. An African-American career foreign service officer who reached the rank of Career Minister, Mr. Perkins was appointed U.S. Ambassador to South Africa by Ronald Reagan in 1989, during which he played a central role in securing Nelson Mandela’s release from jail and pressuring the minority White government to end apartheid and hold elections. He was 92.

Mr. Perkins was born in Sterlington, Louisiana, and grew up on his grandparents’ farm before moving to Portland, Oregon, where he graduated from high school. As a young man, he held a deep and unshakeable curiosity for the world that lay beyond his horizon. This desire to explore and achieve, was a determination present throughout his life, and led him to spend three years in the U.S. Army and four years in the U.S. Marine Corps, mostly in Korea and Japan. A graduate of the University of Maryland, he earned a PhD in Public Administration from the University of Southern California. After joining the U.S. Foreign Service in 1972, Mr. Perkins went on to serve as the U.S. Ambassador to the United Nations, Liberia, and Australia in addition to South Africa. As Director General of the Foreign Service, he created and implemented programs to expand the then-insular Foreign Service to traditionally marginalized groups. Upon his retirement, Mr. Perkins spent 13 years as the William J. Crowe Chair and Executive Director of the International Programs Center at the University of Oklahoma.

An author of several books, including his autobiography, Mr. Ambassador, Warrior for Peace, and the recipient of numerous awards, Mr. Perkins was revered as a friend, mentor, and colleague to many people. He was an active member of Kappa Alpha Psi Fraternity and served on numerous boards. At the time of his death, he was President of the Association of Black American Ambassadors. Mr. Perkins was once asked how he wished to be remembered; his simple reply - “...as a good citizen of the world.”

Mr. Perkins is survived by two daughters, Katherine (Jeff) and Sarah (Koro); four grandchildren, Nathan, Robert, Sofia, and Kadin; his companion, Gwendolyn Mikell and many extended family members worldwide. He was married for 47 years to the former Lucy Ching-mei Liu until her death in 2009.

Contributions in lieu of flowers may be made to the United Negro College Fund in honor of Mr. Perkins.

A memorial service will be planned when coronavirus restrictions will permit.

To send flowers to the family or plant a tree in memory of Edward J. Perkins, please visit our floral store.