Share a memory
Obituary & Services
Tribute Wall
Read more about the life story of Clyde and share your memory.

Clyde was born August 24, 1933 in Richmond County, North Carolina to the late William Clyde and Fannie Thomas Parker.  Clyde grew up in High Point, NC and attended Leonard Street Elementary School and William Penn High School.  Clyde began playing the piano at age 5 and learned to play the organ at age 12.  At a young age, Clyde began playing at various churches in the NC Triad area and was very active in the High Point area and nearby areas playing for different community events.  He was, also, pianist for the William Penn High School concert choir.  At the age of 15, he began playing for the Webb Gibson jazz ensemble and played the piano with this group  throughout the state of North Carolina and other nearby states for several years.

In 1957, Clyde began playing the organ for Peoples Congregational United Church of Christ and continued playing the organ and, also, served in the position of Minister of Music for 63 years.  Other accomplishments included serving as accompanist for the Evelyn White Chorale and accompanist for the renowned Opera Singer, Mattiwilda Dobbs. For many years, he played at two local Opera restaurants, the Tivoli and Chez Brown.

Thoughout the DC and surrounding areas, he continued to accompany local and renowned artists and to provide music for countless church and community events from the fifties until the year of 2019.  Clyde was a member of Alpha Phi Alpha Fraternity, Inc.

In addition to his parents, he was preceded in death by grandparents, A.F. and Etta Parker, a brother, William Parker, a sister, Yvonne Fillyaw, a cousin, Inman Burford, and devoted friend, Leroy Dorsey.

To send flowers to the family or plant a tree in memory of Clyde T. Parker, please visit our floral store. 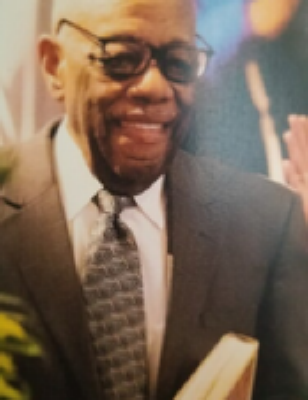