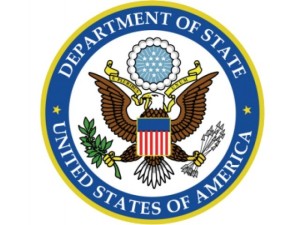 Roland "Bobby" Wilkes, 85, former Section Chief of the Washington Regional Office at the U.S. Department of State and former musician, died on Saturday, October 26, 2019. Early in his career as a musician he was a bandleader, singer, and comedian in local nightclubs for 20 years as Bobby (Dual Sax) Wilkes and Combo.

In 1958 he began work at the U.S Department of State, where he retired after 58 years of government service in 2016. With hard work and dedication Roland rose in the ranks to become the fourth African American Special Agent, in what is now the Bureau of Diplomatic Security. His assignments took him around the world four times protecting Secretaries of State when they traveled overseas.  He was especially proud of having the opportunity to protect Nelson Mandela when he visited the U.S.  Roland was at the Camp David Peace Accords for the peace talks between President Carter, President Sadat and Prime Minister Begin.   A photo of this experience hangs in the Carter Presidential Library and Museum. In 1993, he transferred from the position of Special Agent to that of Special Investigator. He later became Section Chief of the Washington Regional Office covering DC, Maryland, Virginia, West Virginia and North Carolina.  He retired January 2017 after 58 years of service.

He is survived by a daughter, Donna Natalie; a son, Hollis Michael; his devoted partner and friend, Patricia Smith; and many godchildren, friends and colleagues. He was predeceased by his wife of 56 years, Grace Vaughn Wilkes.