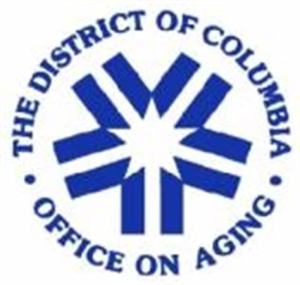 Veronica attended Monroe Elementary and later Parkview Elementary Schools. She then attended Banneker Junior High School and graduated in 1955. Following Banneker, Veronica attended Dunbar Senior High School. Graduating with honors from Dunbar in 1958. Veronica attended Howard University, an Historically Black College and University in Washington D.C. where she earned a Masters of Social Work Degree at the Inabel Lindsay School of Social Work at Howard graduating in 1968. Veronica was the first to be hired directly out of college and without any work experience into the D.C. Government Social Services Department. She started as a staff worker, then supervisor, onto Manager and lastly into her executive position as the Director for the Office on Aging. Veronica credits her strong work ethic and rise in public service to a tenacious mother, Eulalia Scott and under the mentorship of her brother, Nolvert P. Scott, Jr., PhD', Eva Stewart, Ed Kirby, M.D., Roselyn P. Epps, M.D., and Elijah B. Rogers, City Administrator and Robert Bobb.

At an early age of one, Veronica was baptized and raised at Canaan Baptist Church where she remained an avid and active member until her demise on March 8, 2019. Veronica had numerous successes during her career as a Public Servant. She was most proud of leading a team of people in the prevention of shutting down the Washington Center for Aging Services, a 260 bed nursing facility, by receiving a flawless inspection report in 90 days and saving the beds and services for the elderly. Another proud moment in Veronica's Public Servant career was the securing of funds for construction of the first free standing Senior Wellness Center in the country - The Washington Senior Wellness Center. After is opening, Veronica was successful in securing the funding to build four additional free standing Senior Wellness Centers in Washington, D.C..

Throughout her life, Veronica was sustained by a loving and supportive family. She was a mother to several nieces, nephews and Godchildren until she married Walter Leon Pace in 1968. Out of their marriage, they were blessed with a very special daughter, Leah Veronica Pace. Veronica still upheld her role as "mother" while raising her own child. Family was extremely important to Veronica and it was shown in the many ways she supported each and every family member. Veronica maintained precious and true friendships with several people, some of which were her dear and closest friends Beth Yancy Reddick, Roselyn Epps, M.D. and Dorothy Hall. If you were befriended by Veronica, you had a friend for life.

Veronica's sudden death was a shock to all who knew her. Her vivacious and stunning demeanor always left you reminiscing with warm memories of your encounter with her. We understand that she was only on loan to us from God and that He finally wanted to call her home with Him. She will be dearly missed here on earth but knowing that we will meet again in Heaven sustains us all.

To send flowers to the family or plant a tree in memory of E. Veronica Scott-Pace, please visit our floral store.